So I’m back with another discussion and as you can tell from the title i’m talking about anime characters…specifically well written ones. So check out the video and see if I talk about a character that you know. Plus feel free to leave a comment down below about a character you felt was well written or any ideas you would like me to consider for my next video.

Remember I come out with new videos every Monday, Wednesday, & Saturday. Also be sure to click the bell icon so that you turn on post notifications so that your notified when a new video releases. Plus like always please subscribe if you haven’t already.

Alright everyone so what I mean by this is what anime character is either the opposite of you or the character who’s personality you take on when your upset, mad, or just when your not completely yourself.

For me if I had to choose a character I would have to go with Hiei from Yu Yu Hakusho.

I mostly say him because I can be a bit of a loner sometimes because I really like my space. Also when I’m exactly the happiest person I tend to not want to cooperate with others and I also can say a few comebacks to people or friends that I’m not exactly happy with at the moment.

But what about everyone else? What anime character would you say is your alter ego or the personality you take on when your not completely yourself. I thought this would be fun since it’s different from what character are you most like.

So anyway comment down below with your answer. I can’t wait to read them!

So I saw this question actually posted in the MAL forums and I found this to be very interesting question so I decided to extend it to here.
For me the smartest/most intelligent anime character has to go to Light in Death Note! Now while it didn’t go favorable for him in the end he was very smart with how he got away with it for so long. 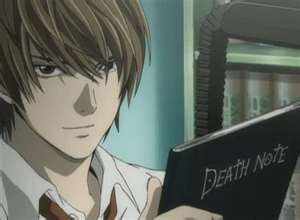 Light was literally able to predict other people’s moves even before they knew what their next move was and he was able to manipulate people to get the exact information that he wanted. I don’t know why but I just found the way that he was able to do that very amazing.
But what about everyone else? What anime character do you find is the smartest/most intelligent. Comment down below and let me know who you think. I can’t wait to read them.
~Anime Reviewer Girl!

Now we have all seen people ask about the most overrated show that they have seen but I want to take it a step further and ask what anime character do you feel is the most overrated. Now I definitely have mine and I hate to break a few hearts or get people mad but mine it Levi from Attack On Titan! 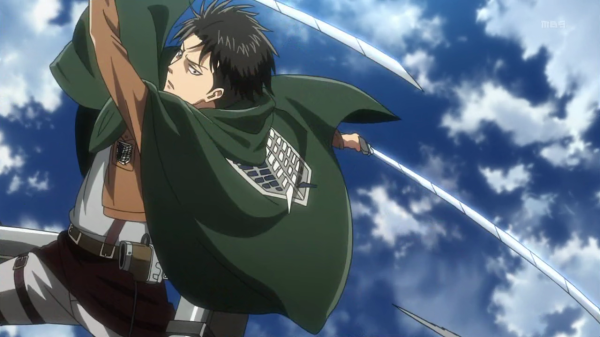 I know I know that people want to probably beat me up right now but let me explain why I feel he is so overrated! Yes I agree that Levi can be cool, awesome, and he does have his funny moments but he isn’t what I thought he was going to be.

Before I had watched Attack On Titan all I heard about was this character Levi so I was thinking that he was the main character but it turns out he wasn’t a main character and wasn’t even in the series until about almost halfway through. It really made me wonder why did people like him so much. I liked Mikasa more than anything but that is another story!

Anyways hearing a lot about Levi got me interested in the show but once I watched it I was kind of disappointed. I don’t know maybe it’s just me but I find Levi to be overrated and please don’t hate me for this it is purely my opinion.

Now like always I extend the question to you! What character do you find overrated? Comment down below your answers and also if you disagree with my answer I would like to hear that as well. Let me know what you saw that I didn’t. Thanks again!

Day 27: Most Badass Scene From Any Anime Character?

So of course like most of these challenges it took me a long time to figure out what kind of answer I would give for today’s challenge question. But I finally came up with an answer.

So for me the most badass scene had to be when Kurama from Yu Yu Hakusho during the Dark Tournament arc had to fight in 3 fights back to back. That was just super awesome because he used moves and techniques that he had yet to use before. You got to see his full power which was really cool and had me wanting to watch it over and over. 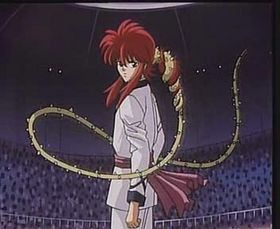 To be honest it’s actually one of my favorite scenes in Yu Yu Hakusho and an episode that I go back and watch over and over again.

But how about you guys. What is the most badass scene you’ve seen from an anime character? I would love to know!

So there ends day 27 which means there are only 3 days left!

Day 13: Anime Character Your Most Similar To?

Hmmmmm the anime character that I’m most similar to has to be Usagi Tsukino also known as Serena Tsukino from the anime Sailor Moon. 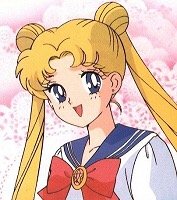 I feel like I’m similar to her because I’m very clumsy, love food, and at times I can be lazy. But besides those traits I’m also very loyal to my friends, love all things involving romance, and love being around and making new friends. Even ones that people may not like.

So that’s why I feel I’m like Usagi Tsukino. So let me know what anime character you feel your most similar to and comment below to let me know. So that ends day 13 of 30 of this anime challenge.