Came across a article talking about the casting call list for the Naruto live action and its pretty interesting. So I figured why not give my thoughts on this list. Also feel free to comment below your thoughts.

Remember I come out with new videos every Monday, Wednesday, & Saturday so be sure to subscribe if you haven’t already. Also be sure to click the bell icon to turn on post notifications so that you’re notified when I release a new video.

So I decided to continue talking about iconic anime shows by exploring what makes a show iconic. So check out the video to see what I came up with and what it all comes down to. Also like always be sure to subscribe if your enjoying my content.

Remember I come out with new videos every Monday, Wednesday, & Saturday. Also be sure to click the bell icon so that you are notified when my new videos release.

Remember that I come out with new videos every Monday, Wednesday, & Saturday. Also be sure to subscribe if you haven’t already. Plus be sure to click the bell icon so that your notified when my new videos are released.

Hey everyone!!! I have a new video where I talk about casting in live action anime adaptations and have a little change of heart regarding other aspects of this topic! Enjoy and don’t forget to subscribe!

So I had this discussion with a few of my co workers concerning what anime’s would make a good live action movie. I know many people saw the disaster that was Dragon Ball Evolution﻿

and then there was also the whole Ghost In The Shell live action that is planned.﻿ 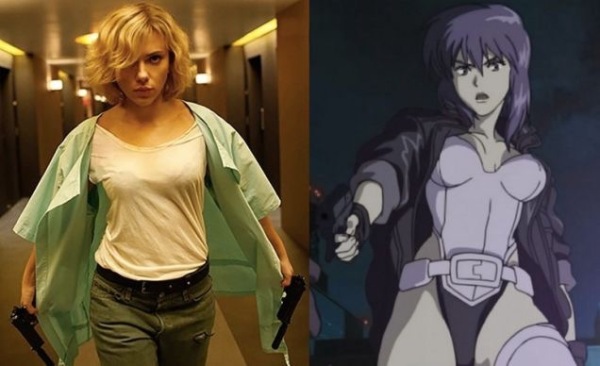 For me I told my co workers that honestly most shows would look good as a live action if the animated show itself didn’t have a lot of effects. Some effects can be done really well so I guess it mostly pertains to what studio does the live action. But any way I think the Rurouni Kenshin
﻿

﻿
makes a good live action, most of the shoujo anime’s that I’ve seen definitely like Wolf Girl & Black Prince
﻿

﻿
Now I know that a lot of Japanese studios have made live actions of many of our favorite shows but what I’m talking about are American studios getting a hold of these shows and doing the live action. I say this because I’ve noticed that many American studios don’t seem to understand anime and end up doing it wrong or just kind of silly.
But what do you all think? What anime do you think an American studio can do well as a a live action. Leave your comments down below and let me know. Like always I will answer back.
~Anime Reviewer Girl!

So it seems that Hollywood is up to it again and trying to make an already wonderful anime/manga a live action feature. I’m not for sure how I feel about this. On one hand I want to see it but on another I’m skeptical about whether Hollywood will do Ghost In The Shell justice.

Now I haven’t exactly seen Ghost In The Shell (I know I’m a terrible fan) but I have heard a lot about this anime/manga. From what I’ve been reading it seems like they may want Scarlett Johansson to play the lead roll but it hasn’t been confirmed. It has only been offered to her with 10 million dollars being what they will pay her (yikes that’s a lot of money).

If they make this movie I’m interested in seeing if this one will actually be good considering that Hollywood is currently 0-2 for their live action adaptations of animes. I’m sure everyone remembers how horrible Dragonball was and even though again I didn’t see it but Avatar the last air bender was also one I heard wasn’t good. For me I knew it wasn’t going to be good after seeing the cast was all white while in the animated show they characters are anything but white. But that’s Hollywood for you.

So let me know what you all think of this? Leave your comments below and join in with the discussion.