Since its now December its time for my monthly wrap up for November of all the anime & manga I finished during that month. Plus I also let y’all know what I plan to watch and read during the month of December. Comment below your thoughts and also any suggestions you have for future videos.

Remember I come out with new videos every Wednesday & Saturday so be sure to subscribe if you haven’t already. Also please click the bell icon to turn on post notifications so that you’re notified when a new video comes out.

Remember I come out with new videos every Monday, Wednesday, & Saturday so be sure to subscribe if you haven’t already. Also be sure to click the bell icon to turn on post notifications so that you’re notified when a new video is released.

I know its another manga video but this time I’m talking about my top 5 favorites and I may do another one if y’all enjoy this one. So check out what mangas made it into my top 5.

Remember I come out with new videos every Monday, Wednesday, & Saturday. So be sure to turn on notifications so your notified when my videos release. Also be sure to subscribe if you haven’t already!

Hello everyone!!! I’m currently in the middle of watching an anime but I didn’t want to leave you guys hanging with out an anime review. So I decided to post a review on the anime Mamotte Lollipop also called Save Me Lollipop.

Mamotte Lolipop is an adorable show that had me laughing from beginning to end and it also had quite a few sweet moments between the characters as well. Oh and don’t forget that it also had some drama. 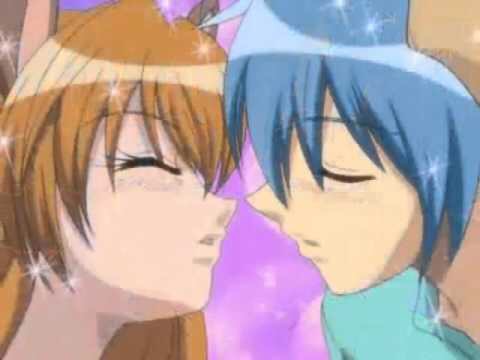 Here is the synopsis:
“Nina, thinking it was a lolly, swallows an object called “Crystal Pearl”. But the candy turns out to be a test for the magicians. To retrieve the crystal, a special medicine has to be made so now Zero and Ichii, the magicians, have to protect her from others while waiting for the medicine to be completed.”
The anime was dubbed by Funimation and I watched the dub and found it to be done pretty well. You can find it on Funimation’s website for streaming as well as I’m sure on Hulu. So check it out.
I also read the manga under the same name as well as the sequel and both were done well and the anime followed the manga very well.

Overall I give this anime a 9/10 due to how cute and funny it was and also the sweet moments that made me go awwww or made my mouth drop open.
So thanks for reading this review and let me know what you think. Like always comment down below and I will answer back.
~Anime Reviewer Girl!
Follow Shay Taree on WordPress.com